How it all started...

From confectioner to successful player in the frozen world!

Carlos Deleye, the current CEO of Deleye Products, was a baker in his younger years. He was often praised for his delicious patisserie, and therefore took part in various fairs and competitions worldwide. Despite his early age, he was chosen as a laureate several times.

In 1993 he chose to further explore what was then his absolute specialty, so he founded Deleye Products. Under that name he brought a unique and innovative concept to the market: frozen, refined desserts. Over the years, the company has evolved into a valued, innovative player on a national and international level. In 2009 Deleye Products moved to a larger building which is located in Mouscron, Belgium. 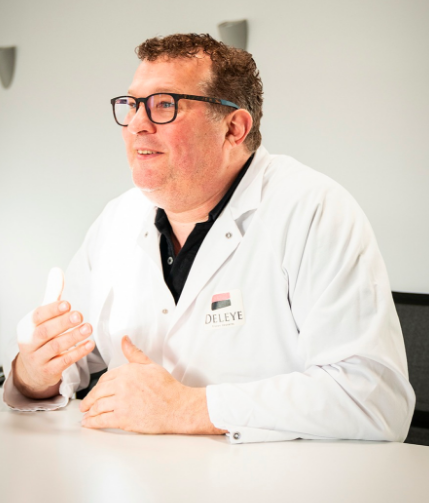 Attention to the environment, food safety and hygiene!

Deleye Products certainly also contributes in the field of sustainability. Since 2014, the company's 5,400m² roof has been fully clad with solar panels. These provide the entire company with green energy. Deleye Products also works according to the strictest hygiene standards. In 2006 the company was awarded the BRC and IFS certification. These certificates are living proof that investing in quality certainly pays off. Our products are produced in the most hygienic conditions. Each of our employees must comply with the prescribed hygiene measures so that our products can be manufactured in optimum conditions.

From chef-patissier to star chef, Roger van Damme can at least be called an outsider in the culinary world. Since the 1990s, his business Het Gebaar has been an established name in Antwerp, loved for its delicious desserts and original lunch suggestions. Dessert Trophy, Coupe du Monde, Guardian Pastry Award, Chef of the Year, Michelin star and as crown on the work 'BEST PASTRY CHEF OF THE WORLD'. Roger van Damme has meanwhile earned his stripes. 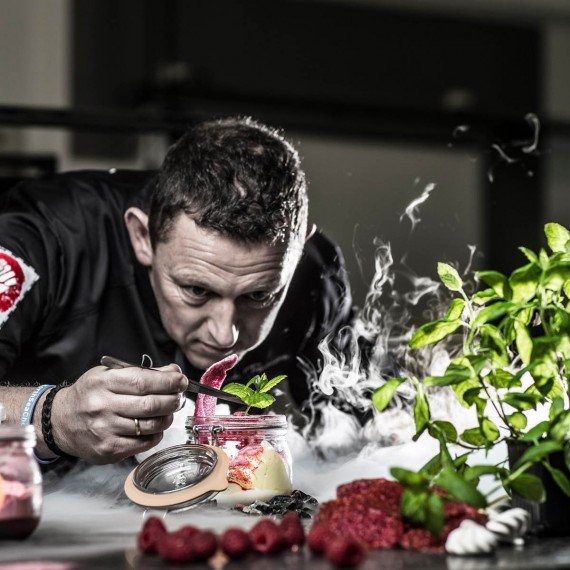 "Artisan excellence according to the rules of the art, creatively and professionally thought out." Manager Dirk Peeters knows what he stands for. His training at Ter Groene Poorte was the prelude to a patisserie career at master confectioners Debailleul and Wittamer in Brussels. With Didess he built up his own name and fame in the patisserie world from 1996 onwards. His sublime dessert biscuits and cakes have already won several international prizes. It is therefore not surprising that today he is a valued supplier to many caterers.

Didess' main ambition is to share inspiration, creativity and expertise with chefs at home and abroad, which results in a rich variety of artisan and innovative products that are created from the art and love of the trade and prepared with the greatest care and expertise.

"You don't see the details... But they do make the difference!"

Joeri Vandekerkhove, demonstrator at Deleye Products. Despite his young age, he has already travelled a successful road. He developed his passion for patisserie at Ter Groene Poorte in Bruges. Through the years he has gained a lot of knowledge there. In addition, he noticed that patisserie is what interested him and what he wanted to deepen his knowledge in.

In the meantime, he has worked in several renowned businesses including Patisserie Noppe (where Carlos Deleye also worked), Joost Arijs in Ghent and after that he started at Deleye Products as a demonstrator/product developer. Not only did he gain a lot of knowledge over the years, he has already won several prizes: at the Dutch Pastry Award he won 'the Jurgen Wilems Motivation Prize' and at Callebaut he was named among the Chocolate Heroes. 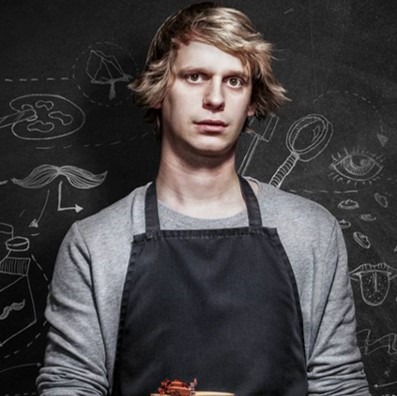 Your experience on this site is improved by the use of cookies.